This demo is located in the city of Someren, in the south of the Netherlands. Inhabitants area facing pluvial problems during intense peaks of rainfall, due to the limited capacity of the sewer system. The geological conditions in Someren are very different from the geology in The Hague and Rotterdam, where the first applications of the Bluebloqs technology have been applied. Through this demonstrator, the applicability of the Bluebloqs technology can be tested under these new conditions. Additionally, the prupose of this demo is to explore potential system configuration to use more green collecting and retention infrastructure in order to increase the spatial quality in the area.

The Municipality of Someren has started the ‘Onweerstaanbaar Someren’ initiative, to make the municipality of Someren climate-proof. A point of attention in the municipal stormwater management policy is the active use of opportunities to disconnect rainwater from wastewater system in the urban retrofitting projects. The Bluebloqs system will be implemented in a pilot project in the Willem Alexanderlaan street where the water nuisance is at its peak, being integrated in such a way that the liveability and attractiveness of the area is also increased.

Given the existing mixed sewage system still functions and is not up for renovation, a solution is sought in aboveground, compact interventions. The preliminary design includes gutter-less streets with open gutters and retention strips to collect and slow down the water (see Figure 1). The project boundaries are based on the runoff direction.

The local topography directs the water to the lowest point in the centre of the neighbourhood, a sports pitch at the Willem Alexanderlaan. During peak rainfall, the water can overflow on the pitch and can be drained afterwards. Additional capacity can be found by slowing the water ‘upstream’ in retention fields. The rainwater flows under gravity to a sump where a pump brings the water up where it flows over the biofilter. After treatment, the water is elevated to be brought up to pressure before infiltrating (Figure 2), in line with the Urban Waterbuffer concept. During peak rainfall the biofilter can overflow to the pitch. 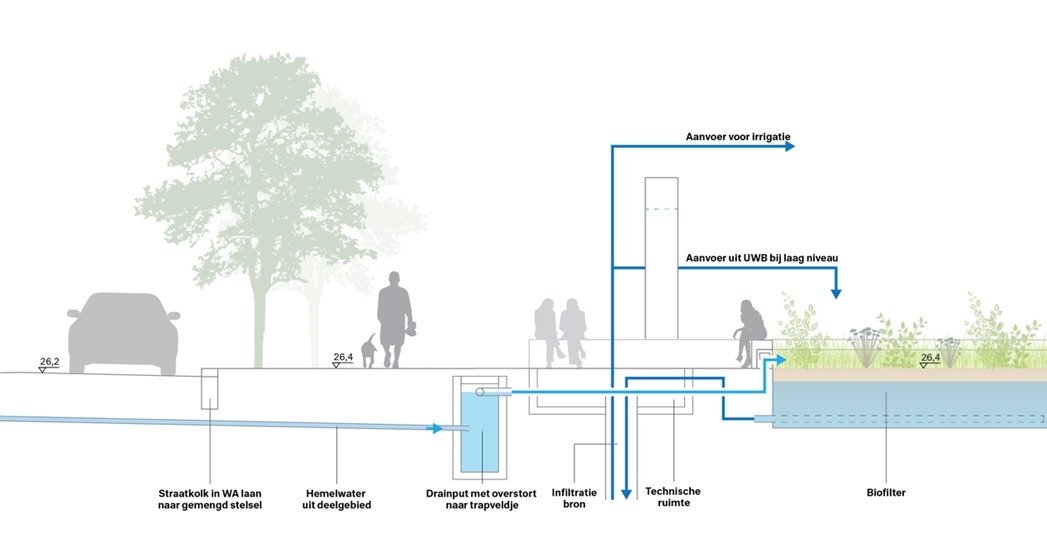 Figure 2. Section of the biofilter with connection to infiltration source.

Rainwater can be infiltrated at 100 m3/h per infiltration well. This number is relatively high compared to other projects in the Netherlands because the project area lies the sandy soils above sea level. This leads to high infiltration rates, but also to desiccated soil in dry periods. Bluebloqs can create a buffer of 17.000 m3 yearly within the project boundary and makes it available for use of irrigation of urban green in the area, including the existing parks.

With the proposed design, rainwater management is seen from a different viewpoint. The large amounts of water the area has to process, gain a value and is worth to retain. By making use of local topography, the water is merely directed and slowed, where it is picked up at the lowest point for treatment and reuse. The stored water is sufficient to ensure green and cool summer days.

Unfortunately, a decision made in November 2019 by the municipality to not proceed with the implementation of the Urban Waterbuffer in the area. After the preliminary design stage, the municipality has chosen in favour of enlarging the sewage system in a traditional way. The main motivation for this decision was that the proposed solution (Bluebloqs in and UWB), didn’t match the main problem at hand, adding sufficient retention capacity. As a result of the budget allocation for this project, it was chosen to take a monofunctional approach to the water system and solely add the required additional retention capacity.